Invest In Our Children’s Future 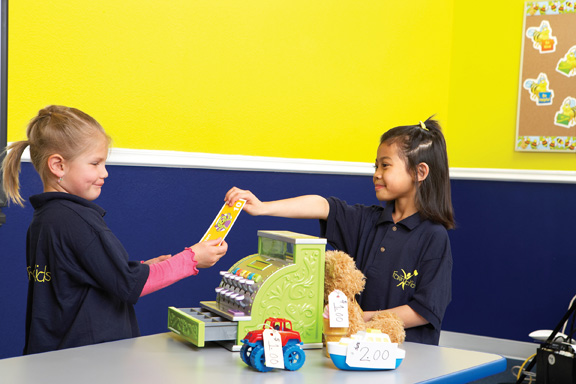 It seems like a simple enough concept. The more time that is spent on nurturing, educating and developing your child’s young mind, the more likely they are going to be a successful citizen of the world. As parents (and all members of a larger community), now is the time to invest in children.

We are living in a world of uncertainty, and early childhood development is threatened because of it.  The World Health Organization published an article based on research from the Lancet Series, stating:

When close to 50% of the world’s children are not receiving the nurturing care they need, it affects the future leaders of the world.  The research further shows that early childhood development interventions “may cost as little as 50 cents per child per year”, with the ramifications of not investing being “Individuals are estimated to suffer a loss of about a quarter of average adult income per year, while countries may forfeit up to as much as two times their current GDP expenditures on health or education.”

Even developed countries, like the United States, are behind when it comes to opportunity for preschool education.  The Atlantic’s article on “Why Does America Invest So Little In Its Children?” had this statistic:

“In 2012, the U.S. ranked 35th among developed economies in pre-primary- or primary-school enrollment for 3- to 5-year-olds, according to the Organization for Economic Co-operation and Development (OECD), an international economic association.”

The World Economic Forum invited UNICEF Goodwill Ambassador Shakira to speak at their annual meeting in 2017.  She wrote an article about a child’s developing brain and accepted the 2017 Crystal Award for her leadership in advancing early childhood education.  Shakira urged the public sector as well as governments to invest in early childhood education, stating that investment today insures a strong workforce in the future.

Investment isn’t limited to the financial backing from government or businesses.  It needs to include quality time and educational interactions with family and role models.  With that small window of opportunity to build a strong foundation in a child’s life, we must invest our time and resources both in the classroom and at home.