Why I Sailed the World For Education – Skipper Rich Wilson 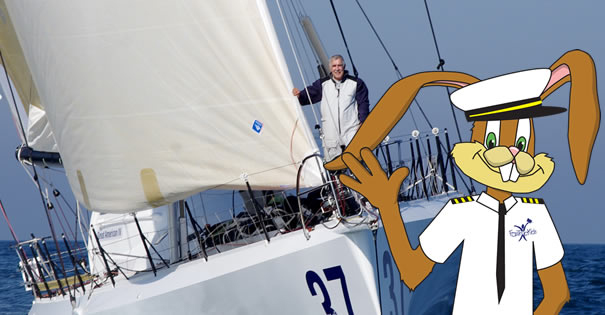 I never had any interest racing in the Vendée Globe. The course is around the world, single-handed, non-stop. It’s too hard, too long, too dangerous and the boats are too far from land for help. Yet, the unique symbolism of the Vendée Globe is that it actually circles the world, and thus offers a chance to create a global school program.

I started sitesALIVE! in 1990 with the ultimate goal of exciting and engaging students around the world in learning.  I wanted to connect students to the real world through live adventures, with topics inherent to sailing: math, geography, science and history, the natural phenomena of stars, currents, weather and wildlife. I also thought topics like oceanic current affairs of shipping, climate change, pollution and fisheries depletion with character challenges of perseverance, self-reliance, and problem-solving would be important. 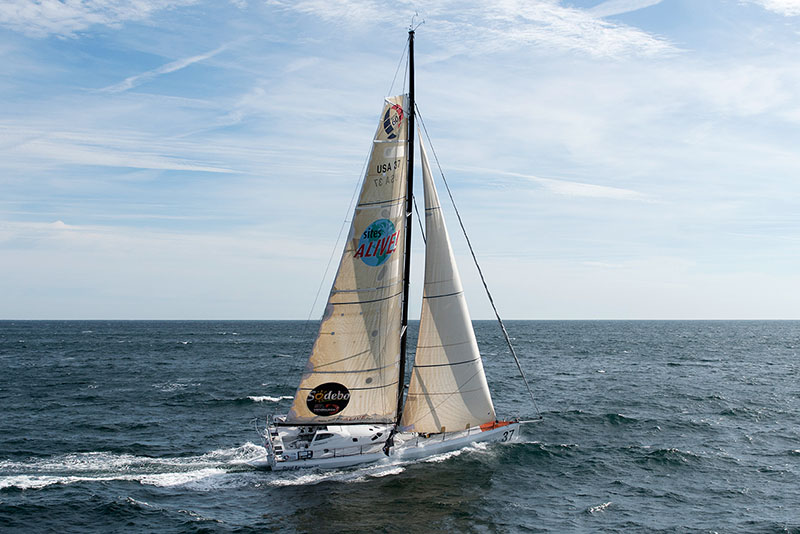 In 2008-09, I completed the Vendée Globe while reaching a quarter million students in the USA with our school program.  For Vendée Globe 2016-17, I wanted our program to engage a global audience. Our goals were: to sail well, to deliver all of the content from the boat that I had committed to for our sitesALIVE! program, to sail faster than in 2008-9, and to honor the race by doing everything that I could to finish the race. To some, my commitment to deliver live daily content from a solo race at sea would seem a burden. To me, it was the point of our race and gave necessary purpose to my personal risk. I also knew that when times were tough, through exhaustion, gear failure, injury or fear, that writing for the students would motivate me. In those inevitable dark hours in the gales of the south, the students would help bring me home.

We completed the 2016-17 race in 107 days and 48 minutes, 2 weeks faster than 2008-09, thus achieving two of our main objectives. However, I am most proud of the success of the school program, with over 700,000 students in 55 countries actively participating in sitesALIVE! Some of these global connections were made through the help of major partners. One partner that was critical to our success was FasTracKids. 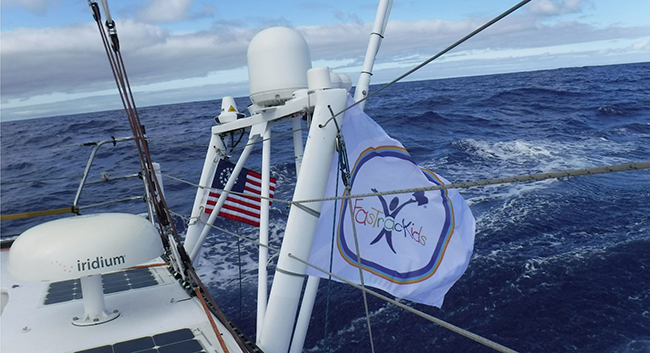 Nine FasTracKids centers in 6 countries joined us on our voyage around the world. Using our program website, students tracked our progress on a map, listened to daily audio reports, and watched videos we sent back. FasTracKids started their own Facebook Group for their centers scattered across the globe to share photos and videos of their students completing weekly classroom activities related to curriculum topics. The Facebook Group was also used to post video questions and to receive answers back from me at sea, opening up a global group dialogue between them, myself, and each other. I received weekly updates on the status of the educational program from our shore team, including links to a selection of the FasTracKids photos and videos – proof of the impact of our efforts.

Students in Romania researched countries that I passed by and reported back to their classmates. Students in Mexico learned about the power of wind and currents, to move a sailboat around the world. Students in Brazil requested photos of sunsets, which I supplied, and they in turn sent back their own. They all learned about flying fish, maritime traditions, being scared at night, stormy weather, how to take a shower on a boat, how to sleep (or not sleep) at sea, and that success can mean something other than winning. 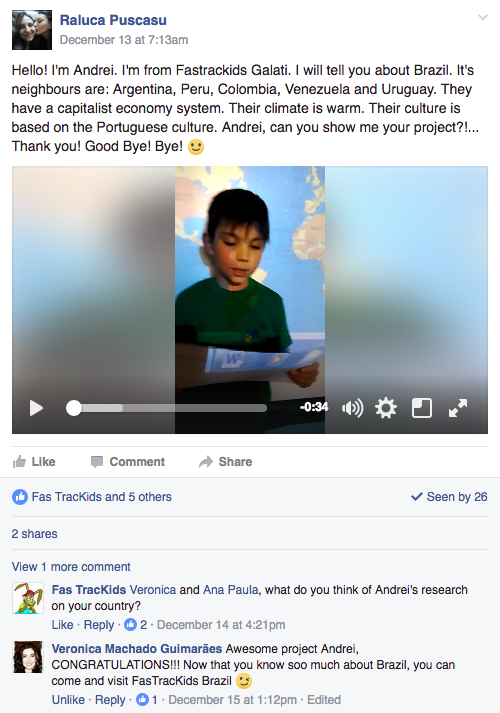 Without the sitesALIVE! school program, I would not have competed in Vendée Globe. It is difficult, impossible really, to truly describe how hard this race is, what it is like to be alone in the southern ocean, at night, during a gale, muscles aching and utterly exhausted. All you want is to crawl into your warm sleeping bag for a few uninterrupted hours of sleep. But you can’t – you must attend to the boat’s needs, to your needs, to safely get around the world. And for me, what made all of this hardship worthwhile, what motivated me to make that sail change as the boat crashed up and down, was the knowledge that students, just like those at the participating FasTracKids centers, were following along.

So I say to Timothy and Ethan in Indonesia, Alex and Rares in Romania, Arta in Latvia, Isabella and Mateo in Mexico, Ria in Thailand, Andrea in Brazil – and to all of your classmates and teachers – thank you for learning with us during Vendée Globe and for helping to bring me home. 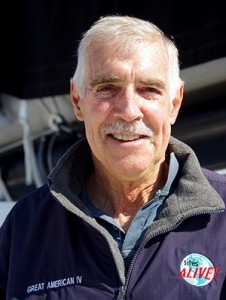 Rich Wilson, age 66, was the oldest skipper and the only American in the Vendée Globe 2016-17 race, and finished in 13th place. Wilson became the fastest American to sail solo, non-stop around the world, and beat his own Vendée Globe record when he competed in the 2008-2009 edition and finished in 121 days and 41 minutes. His progress in the 27,440 mile race from Les Sables d’Olonne on the coast of France was followed by over one million people in 79 countries around the world. The majority were school kids participating in his educational program sitesALIVE!